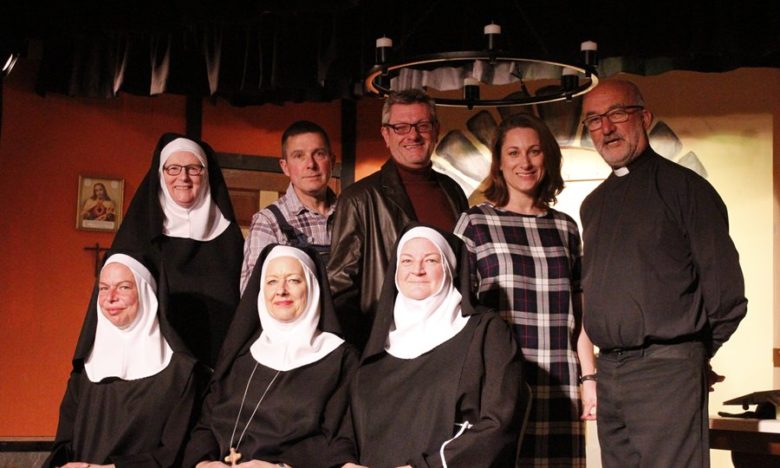 The Entertainers really pulled up trees with their latest production, Tom Smith’s Drinking Habits, which took place at the end of April.

With a couple of weeks to go rumours circulated that tickets were selling well but no one quite expected such a turn out with record breaking audience numbers on all three nights. The combination of pre-ordered tickets and pay on the door entrance hit such levels that on the Friday extra chairs had to be hastily set out to accommodate everyone! The production was hailed as a resounding success and the nervous cast pulled off a barnstorming performance full of laughter and enjoyment for all.

For those that could not attend, check out the Drinking Habits photographs in our gallery section on this site.

The Entertainers have plans to invest in significant upgrading and improvement to their lighting system, replacing the old equipment with new digital equivalents and any profits from Drinking Habits will greatly help in this regard. The group now intend to have a breather before re-convening to review their efforts and make plans for their next production, details of which will be, of course,  posted on this site.