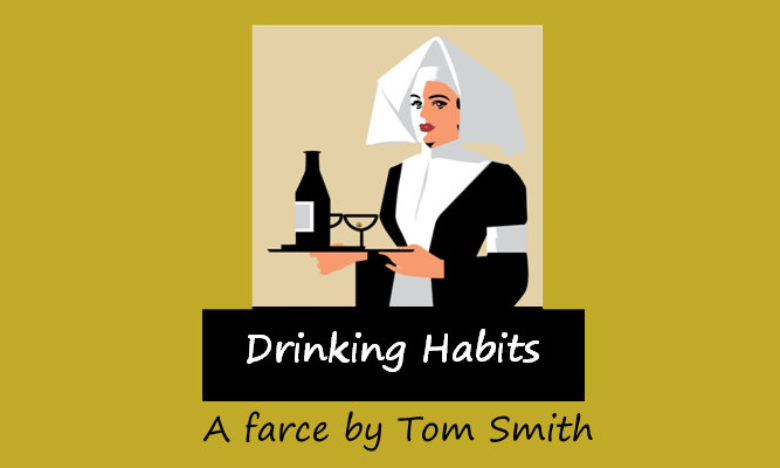 Tickets are now on sale for our next Production “Drinking Habits”, taking place 26th, 27th & 28th April. Tickets are available through our online sales platform which can be accessed from this site or via The Oundle Box Office (274734), Barnwell Post Office and Lower Farm Bed and Breakfast (273220).

Drinking Habits – Accusations, mistaken identities, and romances run wild in this traditional, laugh-out-loud, twist in the tale farce. Unbeknown to Mother Superior, two nuns at the Sisters of Perpetual Sewing have been secretly making wine to keep the convent’s doors open, but Paul and Sally, reporters and former fiancees, are hot on their trail. They go undercover in a series of barely believable guises and their presence becomes more ridiculous when combined with a new nun, a failed amateur magician turned Priest and teetotal Mother Superior all of which spurs paranoia throughout the convent that spies have been sent from Rome to shut them down. Wine and secrets are inevitably spilled as everyone tries to preserve the convent and reconnect with lost loves.

With weekly rehearsals moving on at a pace and the cast fine tuning their respective characters all looks good for a successful Spring production.

Director Anne Swarbrick  – “This production is a classic farce which sounds easy to do but nonetheless is a really big challenge to the cast in terms of maintaining pace and timing. Rehearsals are going well and I am confident we will be in good shape come opening night. We hope everyone enjoys the production”.

Assistant Director Martin Marsters  – “The Cast and Production team are now working hard as we move towards April. The set is designed, props and costumes are being sourced and lighting improvements are planned this year. I hope Drinking Habits is one of the most well received Barnwell Entertainers productions yet”.