A well kept secret was revealed after the final night’s performance of Barnwell Entertainers last production back in April 2017, Write about what you Know. Unbeknown to the cast the Author of the play, Paul Gisby, had travelled to Barnwell from Surrey to run his expert eye over their efforts in performing his play.

Paul was introduced to the cast and support team at the regular final night party and was kind enough to compliment all involved on a most successful and entertaining production.

“I was made to feel very welcome at Barnwell Entertainers and thoroughly enjoyed their production of my play, Write about what you Know. I wish the group every success in the future.” Paul Gisby, Playwright 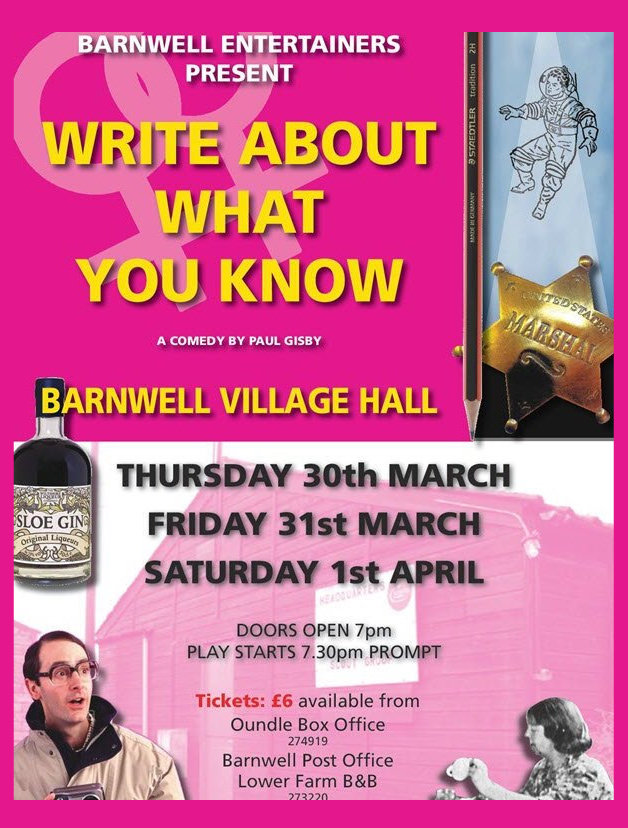